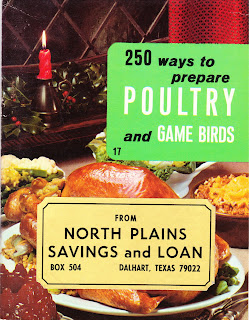 I used to hate chicken—all chickens, including actual pecky chickens, and I especially hated poultry, the eatin’ kind. My only experiences with chicken involved meat that was stringy, dry, and dusty. All of that changed when I moved to Rogers Park and started ordering the whole roasted take-out chicken from El Llano. Sadly, it burned to the ground and I was forced to learn to make chicken myself. Don’t worry, though, they have another location.
America’s Test Kitchen is great place to start for almost any new cooking skill. After many attempts, I mastered their roasted chicken recipe, and can knock a Purdue extra-meaty roasting chicken out of the ballpark. But I’ve got to tell you, a big, fat, giant chicken takes a long time to cook and it makes every meal feel like Thanksgiving. A whole roasted chicken is feels a little limiting.

Then about three months ago, I moved to the advanced stuff—Jacques and Julia Cook at Home. Jacques likes to splay his chicken. This has a couple of benefits. First, it cooks in about half the time. Second, it makes the chicken seem WAY less formal. It’s easy to dress up or down. The knife skills needed for this are just at the outer edge of my ability, so I always make sure to watch Jacques do it right before I attack the backbone. Usually, I watch it two or three times to work up the courage to chop the joint off it’s little drumstick. Practice is helping. A cleaver might help more. I think the next step is to try boning an entire chicken.
In The Culinary Arts Institute Encyclopedic Cookbook, there’s a handy little boning how-to. Step 1 includes cutting the head off your chicken. My chickens only come beheaded. ALL of the recipes in the poultry section have you start by pulling and singeing pinfeathers. I get the feeling that chickens used to come barely dead. The pictures are great, but I’m not sure they’re that instructive. The last steps show you how to stuff and tie your now de-boned chicken. Makes me want to try it.
Posted by Terri at 6:13 AM

Poultry shears are so very handy. I have never had the courage to attempt boning an entire chicken. Butterflying though is very effective for even cooking. I do a baked peruvian chicken a couple times a year and like the way it comes out better when it is butterflied.

You know, I've never used poultry shears. They do seem like a good idea, though. My friend bought me some sharp knives as a gift and it really revolutionized my cooking. But I think that chicken needs something more along the lines of a cleaver to remove that backbone. Or else more courage of my conviction with the knife.